If you read my previous posts on this blog you would probably remember how unhappy I was about staying in a local family with people I’ve never met in my life. I was stressed and disappointed. To say the least … But you know, sometimes bad beginnings turn into amazing adventures. And that was exactly the case. It took me a while to get back to this blog and to write this post as a tribute to my very best Turkish family 🙂
I remember that night in the car, when we were driving to my new home and I was imagining all the bad stuff that would happen to me. I thought of some strange and unknown people I would have to share the roof with and I really didn’t like that outlook. I thought that I would be so constrained and bounded, that I would never feel free at this place and would have to adjust all my behavior to be as invisible as possible… I thought about my long working hours and the stressful way home… and how sad it would be to come back every night and not being able to relax and just be left alone doing whatever I wanted to do. I thought I would have to force myself to fit in and that my 3 weeks would be a disaster. Yes, I am a drama queen sometimes. I totally agree ))
But then in the middle of the night when they opened the door and hugged me, when I saw that smile on Yaren’s face I got my peace and decided that maybe it wouldn’t be that bad after all 😉  END_OF_DOCUMENT_TOKEN_TO_BE_REPLACED 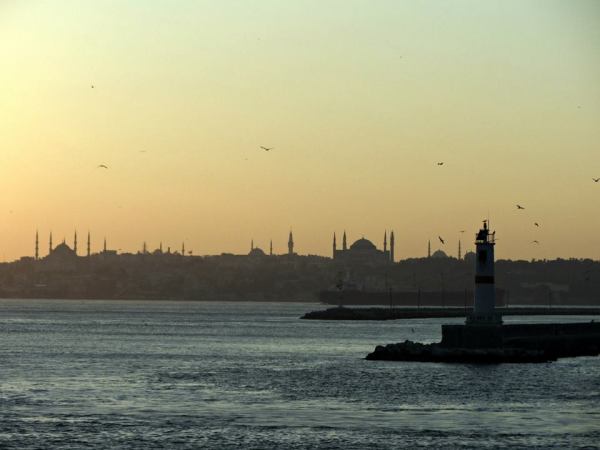 That weekend started on Friday night. We were taken to Fasıl by our IAESTE committe.

Some information about fasil from The Guardian: “Fasil is what makes a good night great in a traditional Turkish meyhane (tavern) – a motley band of violin, lyre and clarinet-playing musicians and singers who usually mix classical Turkish music, well-loved songs from the 1950s and 1960s and sometimes a cheeky arabesque drumbeat to suit a crowd of diners. This kind of music is quintessentially crowd-pleasing, to the extent that, as the night progresses and the raki flows, the performance becomes the realm of the people and the diners themselves do most of the singing and a great deal of boozy dancing.” END_OF_DOCUMENT_TOKEN_TO_BE_REPLACED

The time flies so fast and I can’t keep up with the speed. The intention of this blog was to write about my life in Istanbul, but the life was so intense that I didn’t actually have time to tell you about it. Occasionally I would write something on the way in public transport typing with one hand on my smartphone. This works best when you want to complain about something. Because when this feeling of something going wrong overwhelmes you and you have to speak it out, you don’t care about shaking bus, dozens of people around you and really uncomfortable conditions for writing even an sms let alone a whole blog entry 🙂 But when I want to tell you about my cool weekends and nice evening infront of Maiden Tower I would love to add some pictures to the post and take my time to write nicely about it. For this I need to sit at home at my laptop and invest an hour or two for that… But I never have this free hour! And it’s actually really good .. cause it means that I have much better things to do =)

Anyway I promise to myself to write about the last 2 weekends … I hope I can do it soon till I forget where I have actually been and what I have done there.

I was hesitating to write this for obvious reasons. But then I thought is it really me who should be hesitating? And I realized that no. It’s actually them who should have hesitated to arrange things the way they did. For my friends who don’t know about all the fun I am having with accommodation here is a short introduction: We were staying in the student dorms till now, but on the 1st of September we had to leave them. Till the very last moment (and even after that) nobody knew where we would stay… We were asking a week before, 3 days before, one day before “Where will we be staying in Istanbul?”. The answer was very inspiring and comforting : “We don’t know yet … but we’ll fix it!”. And who will fix in the end my broken nerves and spirit?

END_OF_DOCUMENT_TOKEN_TO_BE_REPLACED 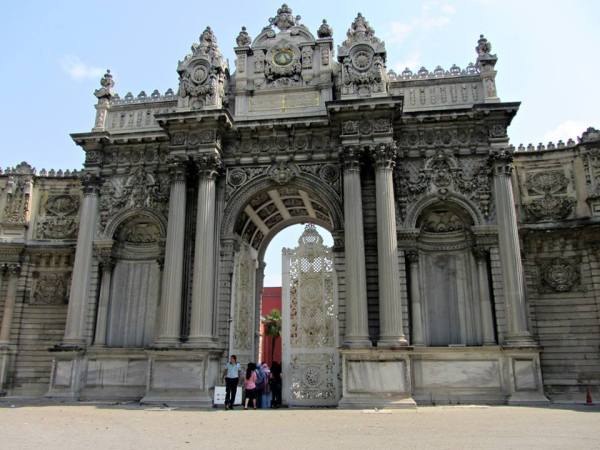 It is time to show you some pictures! Last weekend I could finally start enjoying the Istanbul that everyone loves. Well .. maybe not everyone, but you know what I mean 🙂 The whole week I have to work and my sightseeing consists of Metrobus and all the different people around – by the way, quite interesting from an ethnographical point of view. But on the weekend I can finally be just a normal tourist and have some fun. The first stop was Dolmabahce – a beautiful palace built in European style on the coastline of Bosphorus. I have already been there in 2010, so I decided not to go inside and spare myself 30 liras (12 euros) entrance fee. I actually thought that the guys would see the palace in one hour and I could meanwhile walk around in the nice garden it has. But I was not admitted to the garden without a ticket…. and it took the guys longer to see the palace. So I ended up waiting for 2 hrs alone and then one more hour with some people.. I learn from my mistakes and will not plan like this again =)
END_OF_DOCUMENT_TOKEN_TO_BE_REPLACED 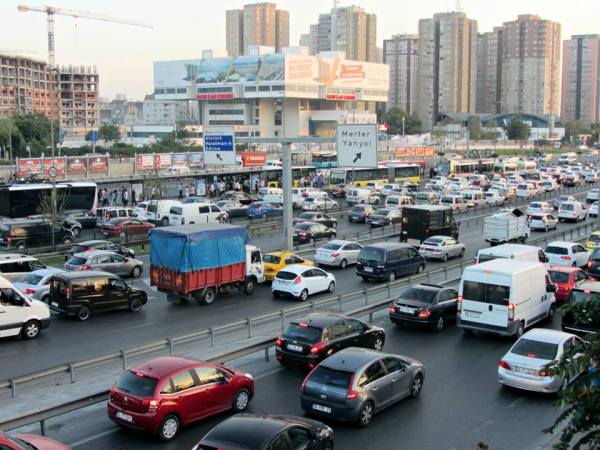 It’s hard to get used to the chaos and crowds of Istanbul. There are always masses of people around you and they are always in a hurry. They run to get the Metrobus, they run up and down the escalators, they run to get out of the metro, they run to cross the street… they run all the time like they were programmed for a certain speed and there were no option to slow down. Inside myself sometimes I scream “Please, stop this madness! Why can’t you walk …just walk.. and breathe.. and look around for the sake of diversity? And smile.” Yes, people here don’t smile. If you look at their faces they are always tense and with a lot of wrinkles even young people. END_OF_DOCUMENT_TOKEN_TO_BE_REPLACED

So, you probably want to know what I do at my work? Unless you study computer science you actually don’t wanna know. But it’s too late, I am going to write it anyway =)

There is a project that my company is doing and I am going to “help” there a little bit. As I signed the non disclosure agreement and violating it would send me to Turkish prison for all my life I can’t tell you the name of it. So let’s call it project P 😉 The project is being written in python using a whole bunch of technologies I have had no idea about. By the way I am was completely unfamiliar with python as well… So my first two days I spent reading tutorials and documentation on this language. And I can say I quite like it… Rather nice and understandable! Then I read about such things as Bottle, SQLAlchemy, RabbitMQ and some other stuff of this kind. Finally I was given a link to the repository and the show has begun. END_OF_DOCUMENT_TOKEN_TO_BE_REPLACED

I woke up today and the first thing I did was to check whether I got an answer from the LC (local committee). Nope!

I still had my 2 bananas and an apple left, so the breakfast was arranged … But I had to think about my future meals and how to satisfy my basic needs =) So I went downstairs and asked the security man where I could change my money and have something to eat afterwards. Luckily, there is a shopping mall right in front of the campus… so I headed there. They have amazing discounts of 50 to 70 %! I definitely have to come back later and check all the stores. I changed the money, came back to the dorms and went to cafeteria where I had my first Turkish lunch ))) END_OF_DOCUMENT_TOKEN_TO_BE_REPLACED 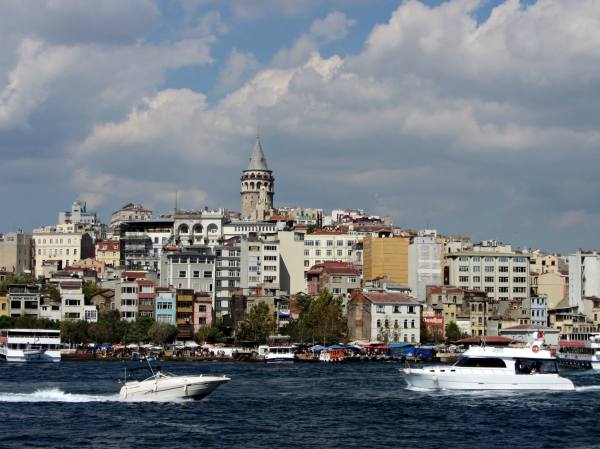 So, this is my attempt to write something about my internship in Istanbul and I am not sure how it will work out… But let’s give it a try!

It’s my first day here and the adventure has already begun. Let’s start with the fact that when I passed passport control and picked up my luggage there was no one waiting for me at the airport… Hello Istanbul 🙂 I called the guy responsible for picking me up and he told me he wasn’t expecting me till tomorrow.. (seriously?!)) Anyway, he told me that a friend of him would pick me up in one hour. Knowing the Turkish reality I relaxed and was going to wait for at least 1,5 hour, maybe 2. But surprisingly another guy arrived exactly in one hour!
END_OF_DOCUMENT_TOKEN_TO_BE_REPLACED